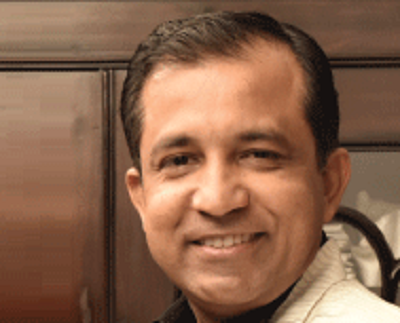 India and almost every country across the world are dealing with rapid urbanization, which in turn creates pressures on infrastructure and built and natural environments. On one hand, cities are embarking on projects that will improve their sustainability and improve the quality of life of their citizens; on the other industries are looking for more information from their deployed assets. The initiatives taken by the Government, such as 'Make in India' and the 'Smart Cities Mission', will lead to significant development in the IOT Industry in India Dedicated to this effort of solving problems from the perspective of cities, citizens and industries is Gaia Smart Cities, an early leader in the rapidly-emerging Internet of Things (IoT) marketplace that is creating a public Network as a Service (NaaS) in India for low-cost/long-range IoT applications.

Createdby experts in telecom, hardware and software domains, Gaia has developed solutions for industries and smart cities. Gaia has helped 14 cities with submissions of their Smart City Mission plans, out of which eight cities have been successful in getting their plans approved. They continue to assist the cities through the rollout of the initiatives.

Deriving its name fromthe much known "Gaia Hypothesis" proposed by James Lovelock, the essence is the belief that everything is connected with each other to keep the world balanced. Blending this with the concept of the Internet of Things - connecting "things" to the current internet of information, the firm has added Smart Cities to its name to reflect their approach towards connecting and transforming cities.

Gaia Smart Cities, since inception, has kept its focus on solving wide-area urban problems that requires a combination of the IT, electronics, telecommunication and analytics. At present, the firm is creating an IOT virtual network using a Low-Power Wide-Area Network (LPWAN) that allows devices with different communication and load characteristics to connect and communicate seamlessly with the backend infrastructure. Enlightening on this, Dr. Sumit D. Chowdhury, CEO & Founder, Gaia Smart Cities, says, "Our flagship offering is an end-to-end Smart Utility Metering as a service on the LPWAN network. We can read any smart meter and send the data securely to our backend infrastructure and also make this data available to the end consumer."